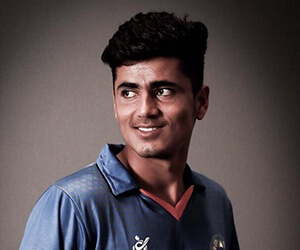 3 players to watch out for in IPL

This seventeen year-old spinner is the first Nepalese cricketer to be included in the Indian Premier League. Having been called as the next ‘Shane Warne’ by Michael Clarke, former Australian skipper, Lamichhane must use every opportunity to impress the cricket pundits and fans worldwide.
The Feroz Shah Kotla pitch will provide suitable conditions for him to spin a web around the opposition batsmen, which therefore would allow him to lead Delhi Daredevils to their maiden title victory.

Over the years, Rajasthan Royals has brought light to a factory for young and budding talent. Since 2008, the Royals have given cricket numerous players who have ended up going on to do wonders in the international arena. This year, they hope to continue their legacy with Jofra, The twenty-two year old all-rounder, who will add variety to the pace attach. He will also serve as an asset to the batting department.

Bought by Kings XI Punjab, this sixteen-year-old spinner is the third player from Afghanistan after Mohammad Nabi and Rashid Khan to play in the tournament. He would wish to follow in the footsteps of his countrymen in carving out a niche for himself on such a big stage.
Picking up 20 wickets in only five matches, Zadran guided his country to their first ACC Under-19 Cup title. He would want to continue confusing batsmen with his off-breaks and help Punjab secure their first IPL triumph.