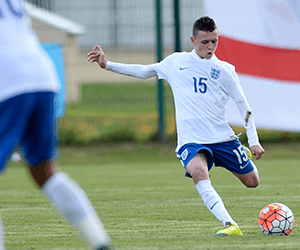 3 PLAYERS WHO OUTSHONE IN FIFA U-17 WORLD CUP

When England and Spain played the final of U-17 FIFA World Cup, held for the first time in India, the entire country celebrated the emergence of a new sport—a new culture in the country. While all the players from across the world fought tooth and fail to fight for the title, some of them outshone the others and made it our list of best players of the tournament.

He is one of the main reasons why India didn’t concede more goals than they actually did. Playing USA (who had the record of scoring goals in large numbers) in the first game and losing to 2 goals to nil was all because of Dheeraj – the wall between the poles for Indian Football team. His performance was evident from the crowd cheers every time he saved a goal. Even though, India couldn’t finish the tournament in a way they wanted, Dheeraj’s performance was the most positive take away from it.

Straight from The Sao Paolo academy, this player is seen as a player to Brazil was Andres Iniesta is to Spain. Don’t go by his heights, his free kicks could surpass the tallest of defenders and goalkeepers, just like they did in the World Cup with devastating effect. He had an incredible tournament and his performance caught eyeballs of Read Madrid who prepare to shell out $50 million to bring him to their academy.

Foden came to the tournament as one of the favourites and he lived up to the expectations of his fans and followers. He came alive in the knockouts and his balance, consistency and aggressive game style was one of the main reasons England went up winning the tournaments. He is considered as the brightest prospect of Manchester City and we hope to see him playing in its first team in the near future.