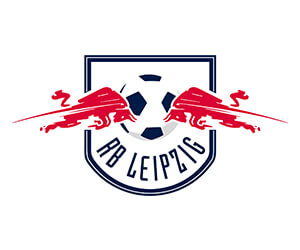 Champions League is back! With no more than a few weeks before the games between the Champions of Europe begin, there are a lot of teams that will look to make an impact with a fresh squad. Below are the three teams to watch out for in Champions League.

Although they feel short of winning the Premier League again last season, finishing 2nd, Spurs’ growth as an elite team in English football has been exceptional. The core of the team performance lies in its talented, young, home grown players, who are further coached by the driven Mauricio Pochettino. He has instilled hard work and organisational qualities among the members that has made the team creatively smart.

In the lights of players like Dally Alli, Harry Kane, Eriksen and Davis, Tottenham will aim to make its mark in Europe after having missed to do so in the last season.

Founded in 2009 with the support of drinks firm Red Bull, this Bundesliga team finished 2nd in the league and will be playing Champions’ League group stage. The midfielder Naby Keïta has been one of their best players since joining the club and has caught eyeballs of many European Elite clubs. Timo Werner netted 21 goals in the league and despite his age, he will be another player to watch in the Champions’ league.

After missing out from Champions League last season, Manchester United is set to make a return to the league they last saw in 2015-16. Although the last season was disappointing for them as they finished 6th in English Premier League, they compensated for it by wining Europa League which automatically confirmed their position in Champions League group stage.

This season, with the addition of Romelu Lukaku upfront and liberty and freedom for Paul Pogba with the addition on Nemenja Matic as defensive midfielder, this Man Utd side looks complete and balanced, and will strive to make a mark in the Champions League.