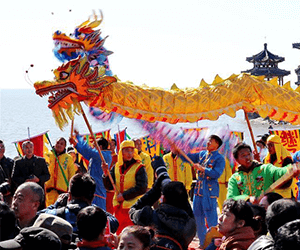 4 ECLECTIC MONSOON FESTIVALS YOU NEED TO KNOW ABOUT

Monsoon is welcomed in different ways in various parts of the world. From dancing for the almighty to making the cats shout for rains, the purpose behind all the celebrations is the same—the arrival of monsoon after a dry season.
Of all the types of celebrations, we bring to you the top four authentic monsoon festivals from across the world.

This festival is celebrated by an ethnic Vietnamese group called Lo Lo people. The entire festival is subdivided into two parts—the ritual and the festival. The former involves a traditional praying ceremony in the belief that the prayer will bring rains in abundance within nine days after the ritual is performed. Post this, all the villagers gather around to break bread with alcohol as the girls of the village perform the traditional dance.

Also known as the Eryueer Festival, Longtaitou is a traditional festival of China where the citizens pay homage to the dragon which is considered as the king of all creatures in China and also in charge of rainfall. Legends have it that it is an appeal to the Dragon King for the harvest and prosperity. The temple fair that is the main event of the festival lasts until the third day of the lunar calendar. 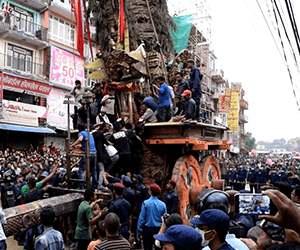 This festival is celebrated in Nepal in the honour of the God of Rain, Rato Machhendranath. It is held in Bungamati that is present on the outskirts of Kathmandu. The locals believe that performing this prayer will impress the rain god and bring abundance of rains. The people Bungamati pull the gargantuan chariot of Rato Machhindranath during the festival as a symbol of devotion to the God.

The Rocket festival is praised in Thailand to stamp the start of the monsoon and as a yearly supplication to the Gods for copious rainfall. This celebration incorporates bright rocket parades, conventional dance performances and firings of home-made rockets. The Rocket Festival is viewed as a grand celebration in various towns and regions close to the start of the wet season in Thailand.