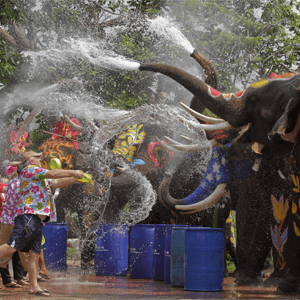 5 International festivals every guy must visit

It can be easy to lapse into a predictable routine on the weekend, especially if you’re on a strict budget. However, there are plenty of fun things to do on your days of peace. To prove this, here are 5 activities to liven up your weekend. They are cheap, fun and entertaining, so give them a go!

This 16-day festival is simply an example of pure fun. It deals with everything beer and has now gained immense popularity even around the world. So if you feel that nothing can quench your thirst for a wholesome beer and if you are looking for an adventurous escape then pack your bags and begin your journey.

This festival generally marks the hottest days of Thailand, and people celebrate by throwing water on each other using water guns, balloons, hoses, and just about anything. Furthermore, they also smear each other’s faces by chalk and menthol believing them to be signs of good luck.

This extreme sporting festival features people slackening on tight ropes running across the Italian Alps. What makes the event even better is that a kitchen, a bar and even private jamming sessions are also available.

This festival consists of a ‘rocket war’ between two rival church congregations that throw homemade rockets across the city until the rockets hit the bell on the other side. The rockets are made with explosive gunpowder and grooved platforms.

The festival features snow statues, buildings or an event from the previous year that were memorable. You can find several ice and snow sculptures, ice slides and even a massive maze made of snow. If that’s not enough then there will be lots of delish traditional Japanese dishes also.