Alcohol is one drug that is deeply ingrained in our collective culture. Not just here in the western world either; alcohol has been consumed by people since a very long time now. It’s not just humans either; monkeys and other apes have been documented getting drunk by eating very ripe fruits whose sugars have naturally produced ethanol.

In a lot of ways, the alcohol industry is almost like the auto industry. BMW and Mercedes-Benz make cars for the upper class, while Bugatti and May Bach make cars for the wealthy. These drinks aren’t for the doctors and business professionals who drive BMWs, these drinks are for the richest of rich people, who spend thousands of dollars a night on drinks for their entourage!

These are the 5 most expensive alcoholic drinks in the world.

The Armand de Brignac Midas is not only expensive for its rarity, but also for the size of the bottle that it comes in. This spectacular champagne comes in a 30 litre bottle! Its bright shiny gold painted body makes the cost of this bottle shoot up even more. A quarter of a million dollars for a bottle of distilled sugar water, a little too much isn’t it? One of the rarest alcohols in the worldis the Dalmore 62. Only 12 of these bottles have ever been produced. This bottle, as expensive as the 30 litre Armand de Brignac Midas, is only about a litre in quantity. It actually holds enough liquor to serve several drinks. Strangely, a bottle this rare and expensive was sold to an anonymous man at the Changai airport, Singapore! Odd for such an exceedingly rare drink to be sold at an airport, don’t you think? 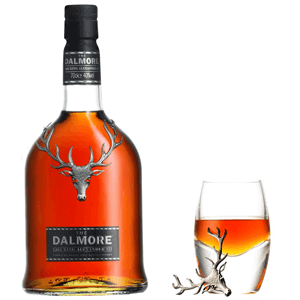 What’s the first thing you think of when you hear of a vodka brand called ‘Diva Vodka’? A cheap bottle of vodka that probably costs INR 1000, and tastes like expired nail polish remover. That’s definitely what most people thought when they heard about this vodka, but someone somewhere gave light to this super filtered experiment! This vodka is triple filtered, first through ice, then Nordic birch charcoal, and finally through sand containing precious gems. The cost of this bottle comes up with the Swarovski crystals stacked up in the centre of the bottle! 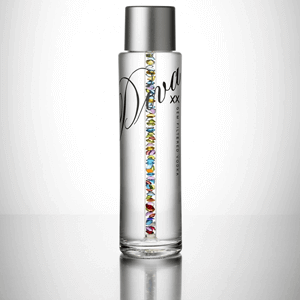 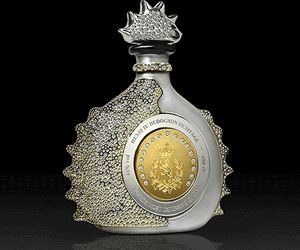 Crafted by the artistry behind the Henry IV Dudognon Heritage Cognac Grande Champagne, the Tequila Ley .925 thankfully doesn’t have a complicated name. A total of 6,400 diamonds add to the supreme taste of this tequila. Remarkably no one is really sure just how it tastes, considering that no one at least to the public’s knowledge has purchased it! 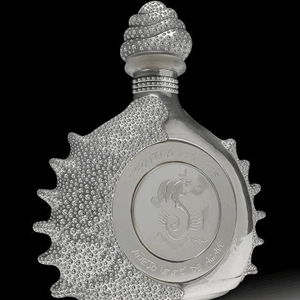