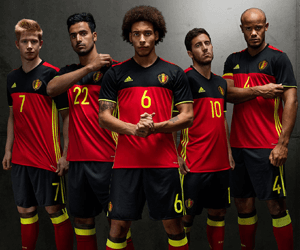 The UEFA Euros – a scouting tournament for some, the epitome of quality international football for others. With tournament wins for Denmark in 1992 and Greece in 2004, few dare to predict which team will eventually lift the Henri Delaunay Trophy at the end of this summer spectacle of football. With Euro 2016 set to kick off on June 10, NDTV.com takes a look at the Top Five title contenders, along with the dark horses who may etch their name in the fairytale of Euro shocks.

Defending world champions, Joachim Loew’s side would look to follow France and Spain, by becoming the third team to hold the World Cup and European Championship simultaneously. Bastian Schweinsteiger, who is recovering from a knee injury, looks set to recover in time to captain his first major tournament, following the retirement of Philipp Lahm. With a side featuring Manuel Neuer, Thomas Muller, Mesut Ozil and Mats Hummels, it would be a truly disappointing outing if Germany fail to make the semi-finals.

Hosts and one of the favourites to win the tournament, Les Bleus have frightening talent but lose top spot to Germany, owing to one notable exclusion from their squad – Real Madrid striker Karim Benzema. Leading up to the tournament, France have registered wins against Russia, the Netherlands and Germany. Coach Didier Deschamps has the likes of Antoine Griezmann, Paul Pogba, Dimitri Payet and Manchester United wonder boy Anthony Martial. Captained by Hugo Lloris, France are heavily fancied owing to their solid spine and pace up front.

With a plethora of attacking talent, Euro 2016 may well be the stage Belgium’s golden generation craves to showcases its ability. Stand-in captain Eden Hazard is poised to become the youngest man to skipper the Belgian Red Devils in a major tournament, in the absence of the sidelined Vincent Kompany. Despite a disappointing campaign with Chelsea, Hazard showed glimpses of the player fans admire and adore. With the emergence of Kevin de Bruyne as the talisman, Belgium have a mouthwatering attack, with the imposing Romelu Lukaka leading the line. Throw into the mix a back five featuring Thibaut Courtois, Jan Vertonghen and an in-form Toby Alderweireld, and one wonders if it’s a question of when, rather than if.

It is easy to forget at times, that Spain enter the tournament as defending champions. The 2014 World Cup debacle may have severely dented their aura of invincibility but teams will write Spain off at their own peril. La Furia Roja have irresistible young talent in Koke and Alvaro Morata, both of whom have played a Champions League final by age 24. What remains to be seen, however, is if Vicente del Bosque will play reigning Manchester United player of the year David de Gea over favourite son, Iker Casillas.

Will this be their year?” – fans, pundits and former players have posed this question time and again – to no avail though. The Three Lions have unsuccessfully managed expectations over the years, resulting in an almost predictable pattern of showing promise leading up to the tournament, before a dreadful run culminates into an early exit. This time around, however, there is something different about England. A strike partnership of Harry Kane and Jamie Vardy, along with the emergence of Dele Alli and Ross Barkley have given Roy Hodgson reason to rejoice before his likely swansong. Whether England turn a corner this time round may be anyone’s guess but this squad can beat any team on its day. Look out for Marcus Rashford.