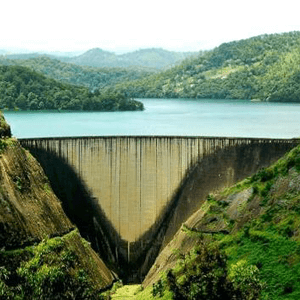 5 Unexplored Hill Stations You Can Visit This Summer

Summer is on its way and many of us will be looking to go on a holiday to a cooler place to beat the heat. Shimla, Manali, Nainital, Kullu, Ooty etc. are some places one would choose to visit since they are heard about so much but there are other hillstations in India that can be explored.

locatedin the Nilgiris district in the state of Tamil Nadu, it is known for its production of Nilgiri tea. Coonoor is the second largest hill station in the Nilgiri hills after Ooty. It is an ideal base for a number of trekking expeditions leading into the Nilgiris. Interesting places over here include Sims Park, Rallia dam, heritage train, dolphin’s nose, highfield tea factory and Droog fort.

it is situated on a mountain range at the end of Maharashtra and beginning of Madhya Pradesh and is one of a kind in the Amravati region. It is renowned for the Melghat Tiger Project in its vicinity. Other places of interests include the Prospect point, Dhakana-Kolkaz National Park, Semadoh Lake, Gavilgad and Narnala fort and the Pandit Nehru Botanical Gardens.

It is known for its breathtaking view of the Kanchenjunga. It is the leading tourist destination and is also the base for a variety of high and low altitude treks in West Sikkim. Must visit places include the Pemayangtse Monastery, Sanga Choeling Monastery, the Khecheopalri Lake, the Rabdentse Ruins and the SangayWaterfall.

It is situated at the top of Western Ghats surrounded by mountains. Asia’s first arch dam is in Idukki, powering Kerala with one-third of the State’s electricity. It is Kerala’s largest district and one of the most nature-rich areas of the State. Places that must be visited include the Idukki dam, Ramakkal Anayirankal Dam Reservoir, Kalvari Mount, Dreamland Spices Park, Cheeyappara Waterfall, Hill View Park and Pambadum Shola National Park out of many other places.

It is known for its beautiful Haflong hills,valleys, landscapes, and mountains and is Assam’s only hill station. Some of the places to visit in Haflong are the Haflong Lake,Umrongso Hydelplant, Orchid Garden,Paanimoor waterfall,Garampanihot water spring, Borail Range, Maibong and Jatinga.