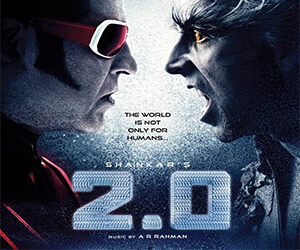 Unarguably the biggest of all the superhero movies to release in 2018, Infinity War is easier to list the MCU characters who won’t appear in this film. From the two trailers that were released, we know to expect some mind-boggling performance Iron Man, Captain America, The Winter Soldier, Doctor Strange, Nick Fury, The Hulk, Hawkeye, Black Widow, Scarlett Witch, Spider-Man, Thanos, Thor, Loki, Vision, Peter Quill, Nebula, Drax, Gamora, Groot… and many more.

The Merc with a Mouth is returning on the big screen. Deadpool was a huge hit for 20th Century Fox; the Ryan Reynolds starrer crossed $783 million worldwide, so it’s doesn’t come as a surprise that a sequel was ordered. Reynolds will return to play the R-rated anti-hero, and this edition was be directed by David Leitch.

Rumours of a sequel to The Incredibles have been rife ever since the first edition was released. Although it has taken, at least we got there in the end. In fact, The Incredibles 2 has had its release date moved up from 2019 to 2018, swapping place with Toy Story 4.

This will be the first Marvel movie to follow Infinity War, which will be quite a lot of pressure placed on the makers. Still, the base it set—the original Ant-Man movie proved a surprising hit for Marvel; giving a film that had a light, enjoyable heist feel to it augmented by the humour that Paul Rudd delivered in the nominal role.

An Indian superhero film crafted to perfection is the upcoming Robot 2.0. Superstar Rajinikanth’s Enthiran (Robot) has set new benchmarks for superhero films with its exceptional special effects and brilliant plot. The addition of Akshay Kumar has only added to the excitement, and both his and Rajini’s first looks have generated tremendous buzz. Already the cast and crew are teasing us with some unexpected twists. The tentative release date of the much-awaited film is on 27th April 2018.