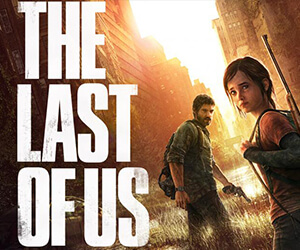 Games with the Best Artificial Intelligence

Today artificial intelligence is considered the next big thing in the market and in the technological ecosystem. Various different fields are using the technology to stay at par with the advancing times.

Similarly, the gamers have risen and taken a step ahead incorporating AI in the craziest way possible.
Many game developers intentionally make the AI in their games easy to deal with. Only a few choose the hard way and try to challenge their fan base by making AI behave in more inventive ways than just duck, dodge, fire.

And of course, every gamer has his or her own favourite titles, but these three games are universally praised for offering something new in the department of artificial intelligence. Each case has its own peculiar approach, and each shows just how deep one can dive into the possibilities of machine psychology.

Different genres of games utilize different algorithms when it comes to programming AI. For example, FPS games implement the layered structure of the artificial intelligence system, while RTS games have several modules, such as effective path-finding, economic structuring, game map analysis, and more.

You will learn about all these different algorithms in the list that follows. Let’s get started.

If there was ever a good AI in any FPS game, it was definitely the one in F.E.A.R. The enemies would never act in the same way, but they would react to each other’s situations and would never repeat the same mistakes. This prompted players to constantly change tactics and never sit in the same position.

Here’s how the designers of the AI have described their approach to F.E.A.R.:
In F.E.A.R., A.I. use(s) cover more tactically, coordinating with squad members to lay suppression fire while others advance. A.I. only leave cover when threatened, and blind fire if they have no better position.

Halo: Reach stands out from the rest of the games in the cult series from Microsoft due to its staggering AI. This statement regards the Elites, who are some of the smartest and most aggressive enemies you will ever encounter in a video game.

If you’re wondering what this game is doing here, then understand that it’s really not about enemies this time, but instead about a companion AI. The teenage girl, the key to the survival of all humanity, is the star of the game, and it’s mainly because of an excellent AI.