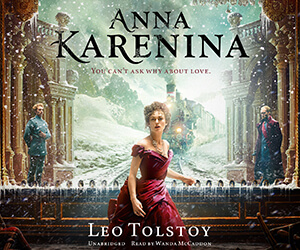 Greatest written novels of all time

Millions of people enjoy reading, literary critics, historians, avid and casual readers everyone hold a different opinion on which novel is the greatest book ever written. The criteria that decide it is subjective. Is it a book with beautiful, captivating figurative language? Or one with gritty realism and other-worldly concepts? Could it be a novel with immense social impact? Or maybe one that somehow affected the world piece-by-piece?

Here is a list of three novels that, for various reasons, have been considered some of the greatest works of literature ever written –

All the fans of stories with juicy subjects like adultery, gambling, marriage plots, and Russian feudalism, would definitely put Anna Karenina at the top of their ‘greatest novels’ list. It is exactly the ranking that publications like Time magazine have given the novel since it was published in 1878. Written by revered Russian novelist Leo Tolstoy, the novel was quite revolutionary in its treatment of women, showing prejudices and social hardships of the time with vivid emotion.

Harper Lee is one of the most influential authors to have ever existed who famously published only a single novel until a sequel in 2015 just before her death. To Kill a Mockingbird went on to become an immediate classic of literature. The story touches the topic of racism through the eyes of the protagonist. The book earned the Pulitzer Prize for fiction in 1961 and was made into an Academy Award-winning film in 1962.

Distinguished as one of the greatest texts for introducing children to reading, F. Scott Fitzgerald’s The Great Gatsby is highly acclaimed in literature. The story provides an insider’s look into the Jazz Age of the 1920s in the US history while critiquing the idea of ‘American Dream’ at the same time. Furthermore, the cover art of the novel is also a famous aspect—a piercing face projected onto a dark blue night sky and lights from a cityscape—which is a slightly different configuration, within the text itself as a key symbol.