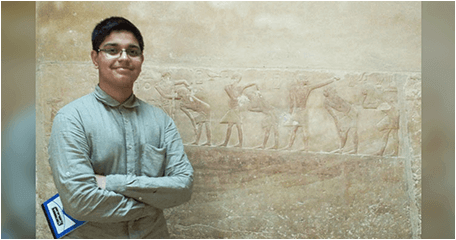 Talent has the power that makes you reach higher level of success. Arsh Ali, is one such inspiration for all of us by setting an example of how age has no barriers when it comes to following your dreams. 17 year old, Arsh Ali the youngest archaeologist has been working on various projects which includes – discovery of new evidence which connects Ashoka’s Dhamma to Egypt and many more. The only reason that helped him grow, was the passion to read more about things. The immense knowledge that he possess is from a very young age. He was about 7 years old when he came across Cryptology and Hieroglyphs, not only that but he is well versed with ten languages along with 18 scripts. The constant efforts to know more along with the support of his parents, Arsh sets an example for all of us.