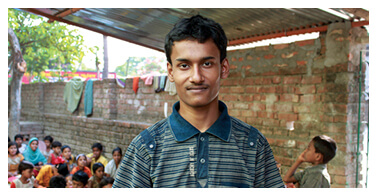 Babar Ali at a very young age realized that a lot of parents just like his are unable to send their children to the schools due to monetary issues. Babar decided to do his bit for children who could not attend school owing to poverty. Very popularly known as the youngest headmaster of the world (BBC acclaimed), Babar Ali, started a school starting with a batch of eight students. He named the school, Ananada Siksha Niketan which gradually gained much popularity and is also affiliated West Bengal Government. In 2015, the school had 300 students and a total of 10 teachers for various subjects.