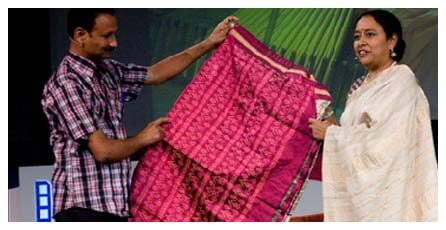 Chintakindi from Telangana was upset about the fact that his mother had to endure pain while weaving. Chintakini, a school dropout, invented an ASU machine that helped in reducing the time and the labor needed to weave Pochampalli sarees. He named the machine after his mother’s name Laxmi. With this invention, he was successful in imposing a positive impact on almost 60% of the looms that used to weave Pochampalli sarees. The first machine was invented in the year 1999 and the machine was mounted on a wooden frame, later into steel and then many more electronic components were added. He then took forward this invention to Andhra Pradesh and Odisha.