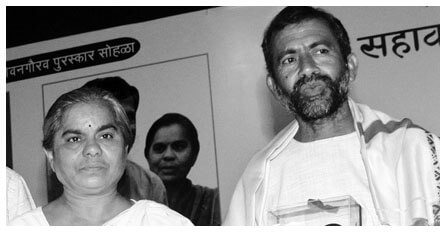 DrRavindraKoelhe, MD, lives and runs a clinic in Melghat, Maharashtra. His fee is Rs 2 for the first consultation and Rs 1 for the second.Not only is he a doctor and social worker, Dr Koelhe has also taken the government to court for having failed in its duty to protect the Korku tribals of the region.

After completing his MBBS, he worked in Melghat for a year-and-a-half only to realise that he needed more expertise to handle the problems of the tribals. So he went back to medical college for an MD in preventive and social medicine. He decided to work in rural India. He was highly influenced by Ruskin Bond who wrote, ‘If you want to serve mankind, go and work among the poorest and most neglected.’

He toured the rural areas of Gujarat, Maharashtra and Madhya Pradesh and decided that Gadricholi in Maharashtra was the most backward amongst his travels and decided to work there.Dr.Koelhe has been practicing the same since 31 years now.