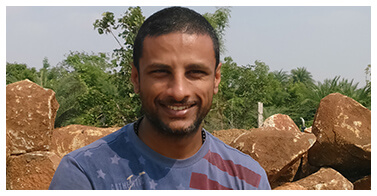 Kalyan Akkipeddi on his 30th birthday realized to do something socially productive for the betterment of the nation and its people. The only thing he aspired to do was to travel around the country and try to understand what role does poverty play in the people of India. He came up with the solution to construct an entirely new village in Andhra Pradesh called ProtoVillage. This village is the prototype of an abundant rural community that is being built for and by the villagers themselves. The idea is to make something that can be replicated all over the country. He purchased 12.5 acres of land to setup ProtoVillage. 12 families volunteered to be part of the endeavour. It was decided that the village will be home to a maximum of 15 families.