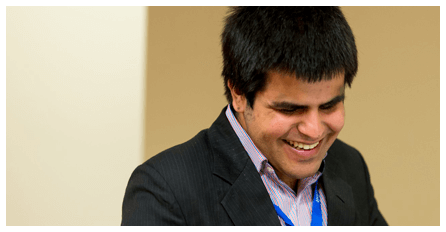 Karthik Sawhney – The Blind Teen Who Challenged The Odds

Meet Karthik Sawhney, the Indian teen who inspite of being blind made it to Stanford for his engineering degree, however, it was a difficult journey for him thanks to our education system. In India, blind students were not given an opportunity to learn science and maths once they complete their 8th standard. They were forced to take other subjects like arts, literature or music. But Karthik Sawhney had different plans in his mind. He was so much passionate about studying science and maths. Karthik Sawhney dreamed of becoming a software developer and his vision was to build software application which can be accessed by people with different disabilities. However, IIT denied him an opportunity to try his potential alongside the bright brains of physically able students. But he never gave up and to everyone’s surprise, Stanford was one step ahead by welcoming Karthik to do his Engineering degree at their campus.