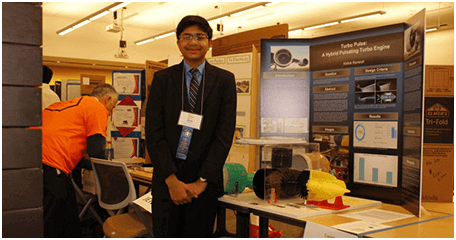 Krithik Ramesh, a 16-year-old boy of Indian origin who currently resides in Denver, decided to visit India. One of the places that he really wanted to visit was the government school at Deviyakuruchi near Attur, where his grandfather had completed his schooling. He was shocked when he saw the condition of the school which was unclean and didn’t have the basic amenities. The school teachers told him that this was the condition in most of the government school in the country. That’s when he decided to do something. About six months ago, he had participated in an international science fair in Pittsburgh where he won first prize and was awarded $3000. So he decided to donate this prize money along with his savings to equip the government school with basic amenities. Upon enquiring about the needs of the school, he was told that it faced occasional power outages, and the headmaster suggested that installation of solar panels would be of great help. Agreeing happily with the headmaster’s idea, solar panels were installed and the school can now save up to Rs.15000 which otherwise was spent on electricity bills once in two months.