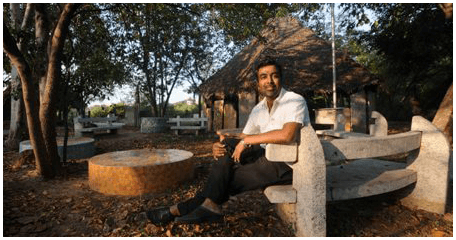 1994 saw 12-year-old Pradeep John witnessed for the first time a cyclone making landfall, as heavy rains accompanied by strong winds at speeds of over 100 kmph lashed Chennai causing widespread damage to the city. As years passed, his passion kept growing and he began to track the rainfall in different places and also started to blog on the subject. Pradeep, now 34, became a social media celebrity through his accurate weather forecasts on his Facebook page ‘Tamil Nadu Weatherman’ during the December 2015 Chennai floods and December 2016 Vardah Cyclone. Rumours of another spell of heavy rain were doing the rounds in Chennai and people were in a state of panic. Local media reported that several residents moved out of the city anticipating the worst. Some astrologers and even international broadcaster BBC warned of an imminent flood. But Pradeep made no such prediction, and many of his followers were reassured. When he was finally proved right, his stocks went up among the Chennai public. People consult him these days before fixing the date for functions in open auditoriums to avoid rainy days or while making outstation travel plans.