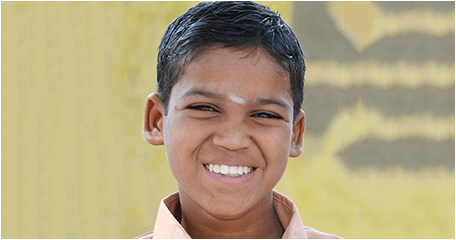 For the nomadic community of Narikuravars in Tamil Nadu, the only mode of livelihood comes from selling beads on streets or worse, begging. However, one young boy’s perseverance in making the world a better place for his community has not just earned him the tag of being the flag bearer of the Narikuravars, but also the nomination for this year’s International Peace Prize for Children. Life had something else in store for the 12-year-old named Sakthi Ramesh. In 2014, when the opportunity came knocking in the form of an intervention by a non-profit organisation, little did Sakthi know that soon he would end up playing a catalytic role towards the betterment of his community. Hand in Hand India, which works towards eradicating poverty through education, job creation and integrated community development, has a dedicated programme under its wing where dropouts and child labourers are identified and motivated enough to continue their education through residential special training centres (RSTC). . Sakthi soon realised that only with education, would there be an end to their community’s adverse living conditions. Motivated by the visible change in Sakthi’s visage and mannerism, many parents began to acknowledge the importance of education and wanted their children to have the same benefits and privileges too.