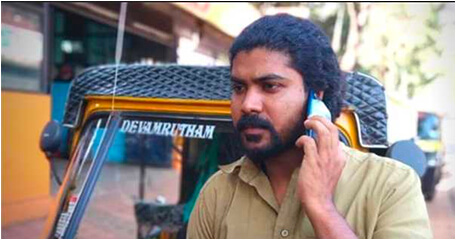 Sushanth, a native of Nilambur taluk, in the Malappuram district of Kerala is a 28-year-old auto driver. This auto driver has a strong vision in his life about helping people in need. He has managed to raise 1.5 crores in the span of 30 days. He made this feat possible by posting three videos on Facebook. In each video, he showcased the problem that the family in need were facing and he would also share the account details for people to send in their donations. At first, he was pulled back and demotivated by many people and was told that he was doing a futile thing. Sushanth showed immense determination and self-belief and made this collection a possibility. He did this for the first time around six months ago for a friend who needed money for an operation. He shot his first video for his friend which helped him earn two lakhs and was able to pay for his friend’s operation. He had been using Facebook for seven years and he used to criticize Politicians and many other government officials. He would earn around 300 to 500 views for posting such content. This made him use the power of social media for a good cause and remove the negative thoughts of people in his area. His work was mostly based on trust due to which many people would not bother to consider him and would not help him. They would accuse him of using the money for his own use and not for really helping those in need, in spite of all of this Sushanth, never gave up and has helped save some key lives in his area. We salute the dedication of such an endearing person and hope that it inspires many people in helping those in need.