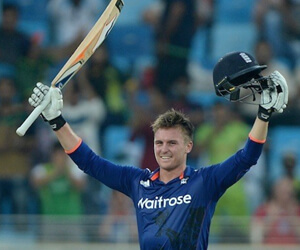 IPL 2017 is back with a bang! As always, IPL auction left everybody stunned with record breaking signings. All the eight franchises collectively spent a whopping Rs 91.15 crores to buy 66 players from a pool of 350 plus that went under the hammer. As everyone is aware of, Ben Stokes stole the limelight at the auction as he was bought by Rising Pune Supergiants for a record Rs 14.50 crores to become the most expensive foreign purchase ever.

Here we have 3 interesting and quite not-so-expected buys of the IPL 2017 auction:

Mumbai Indians have bought the promising Sri Lankan – Asela Gunaratne for a bargain 30 lakh rupees. Mumbai’s newly appointed coach – Mahela Jayawardene scouted this talented player and was already aware about his batting techniques and abilities to score big in matches. It was proved and how in the recent 2-0 T20 series win against Australia where Gunaratne was the highest scorer of the tournament with 146 runs in just two matches. In this highly competitive Mumbai Indian’s squad, it will be interesting to watch if Gunaratne gets a chance to showcase his talent.

Jason Roy is one of world cricket’s most explosive batsmen and when it comes to T20, he is placed among the top lot. Gujarat Lions were proactive in buying Roy at his base price of Rs 1 crore. He will face a tough time though breaking into the star studded squad but surely will be ready with all his guns blazing whenever given the opportunity.

Tymal Mills became the highest paid bowler in the history of IPL when Royal Challengers Bangalore acquired him for an astonishing 12 crore rupees. Mills showcased his talent when England recently toured India and his precision with the line and length and bowling economy was enough for RCB to splurge that kind of money. He has definitely big boots to fill as he replaces their talisman Mitchell Starc who parted ways with the IPL giants recently.