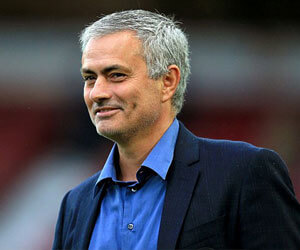 Top 5 Managers Too Look Out For This Epl

After a long time in the Premiere League, it seems that the battle of the managers is going to be more meticulous than the battle of the greatest players. Some of the top reigning teams of English Premier League has changed the managerial positions this season due to the disappointing results occurred in the previous one. Some highly skilled tacticians from leagues all over the world are ready to take over the EPL this year. The English Premier League just got better than the best.


“The pioneer of Tiki-Taka Football” term was claimed by Pep Guardiola back in Barcelona. F.C. Bayern Munich later

signed him as a manager after his massive success with Barcelona FC. Pep has acclaimed 21 trophies in all with an unbelievable 74.3% wins in his 408 games with 2.38 points average. Since his appointment at Manchester City, Guardiola has signed Ilkay Gundogan of Borussia Dortmund for £21million and Nolito of Celta Vigo for £13.8 million.

A total silverware count of 30 trophies to his name and an average of 2.16 points per game add to his credentials, making him one of the most successful managers in the history of football. He has a win ratio of 65.5 % in 765 games as a manager, Jose Mourinho known as “The Special One” in the football world made his move from Chelsea FC to Manchester United FC this year. Mourinho has signed some of the best players all over the globes with the likes of Eric Baily, Enrikh Mkhitaryan, Zlatan Ibrahimovic and a record breaking transfer of €105 million for bringing Paul Pogba back to home.

With a massive 1556 games and maintaining the 57.1% winning rate Arsene Wenger has claimed the throne of the most experienced manager in the EPL 2016. Unfortunately he has been a victim of major criticism since Arsenal have failed to bring enough silverware in the past years. The 66 year-old has experimented with all sorts of attacking formations which proved to be efficient in short spells in his career. In Wenger’s defense, the French manager has always been unlucky with injuries to his main in-form players, with the likes of Ramsay and Walcott missing entire seasons on more than one occasion.

The former Juventus Boss’s only concern for now is to bring out the best of Chelsea in this premier league season. With a win ratio of 55 % in 310 games, he has won 5 trophies as a manager in his career which makes him less experienced comparatively with his competitors. Conte completed the signing of Marseille forward Michy Batshuayi on a five-year contract for a fee of £33m. He is also said to be closing in on a £30 million deal to sign Napoli defender Kalidou Koulibaly.

Klopp has managed around 640 games in his career having a win ratio of 49.1%. He has a 1.71 point average per game and 5 trophies to his name. Klopp focuses on winning the ball back quickly and going straight to the opponent’s goal. The strategy is to capitalize on opposition errors, but rather than patiently waiting for them to develop, Klopp’s Liverpool creates chaos as the other team tries to build its attack. Jurgen Klopp has successfully signed Senegalese forward Sadio Mane (Southampton) for a transfer fee of £30 million. Another addition to Liverpool this season is defender Joel Matip from Schalke. 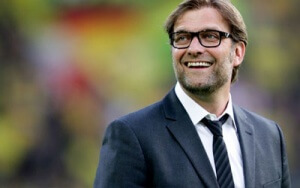