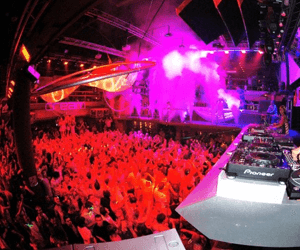 It is that part of the year again, when you are just awaiting or vouching for an opportunity to escape the scorching summer and go to a destination where you can unwind and party like never before. It becomes all the more important when you come from a place where summer temperatures are up to chase skyscrapers. Here is a list of 5 such perfect destinations for your get-away from the routine and make your colleagues jealous.

As the original party island and mecca for hedonism, there are still few places that can match Ibiza. If you’re looking for the clubbing experience of a lifetime – this is where it’s at! Take your pick from beach and boat parties, open-air daytime clubs, pool parties and sunset sessions. You can immerse yourself as much or as little as you like in the clubbing scene, with something different offered throughout the week. By day, bars such as Sa Trinxa and Jockey Club are just two options that serve up beach beats, while open-air club Ushuaia’s huge stunning roof-top terrace overlooks Playa d’en Bossa Beach. When evening falls you have your pick of super-clubs such as Pacha, Amnesia, Space and Privilege (which, with its 10,000 capacity holds the title of biggest club in the world). For something more laid-back, Ibiza’s gorgeous Old Town offers atmospheric tapas bars, restaurants and bars.

Continuing with the party island theme, the gorgeous Croatian island of Hvar dazzles in the Adriatic Ocean. Decorated by olive groves, lavender fields and orchards, it offers a picturesque backdrop for some serious partying. Hvar attracts a very well-heeled crowd, and as such you can expect prices to match. Carpe Diem is the island’s most famous venue which changes its mood throughout the day. You may want to take up the option on offer to “let your soul float” during “Blue Hour” where you can enjoy a post beach/pre-dinner aperitif to jazz music, or wait until later when the club’s party beats begin.

It’s not just world-famous sights that are impressive in Berlin – the city is also the ultimate party haven, serving up 24-hour clubbing. Fancy entering a club on Thursday and not leaving until Sunday? Head to Bar 25. Or why not devour an energy-packed breakfast before embarking on a day-to-night clubbing experience at Berghain? Deep house and techno are the most likely soundtracks you’ll find accompanying club nights here, with some of the most famous venues including Ewerk and UFO. However, there are plenty of options for those wanting a less raucous night out, such as at the city’s riverside bars.

Flavoured with an international population, this Middle Eastern playground is seriously chilled out. Partying is a way of life, with it being the norm to be out until 6am before heading to work a few hours later. There is a huge array of bars and clubs catering to every taste, from Shafa located in the alleyways of a flea market to Radio EPGB catering for an underground, edgy crowd. Par Derriere, meanwhile, is a secret garden wine bar located just off King George Street.

Not only is the city one of the most architecturally stunning in Europe with Gaudi’s masterpieces taking centre stage, Barcelona is also a party destination perfect for night owls. With a supremely eclectic bar and club scene, there is something for everyone. From glamorous beach clubs such as CDLC and super-clubs such as the famous Razzmatazz, to enormous outdoor parties at venues like La Terrazza Club, you’ll have no shortage of places to go. And with the Spaniards doing everything a little later, there is no point going out until at least 2am – but that gives you plenty of time throughout the day to sleep off the night before!