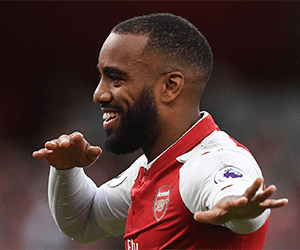 FOUR PLAYERS/MANAGERS TO WATCH OUT FOR THIS PREMIER LEAGUE SEASON

With Premier League around the corner, we provide you with a list of four promising players you need to watch out this season.

Having 37 goals in all competitions last season with Lyon, Alexandre Lacazette was one of the leading scorers in European football. This France international alone hauled Lyon into a top four Ligue 1 finish along with finding the net in the Europa League and Champions League. This 26-year old agile player brings a variety to the Gunners attack that lacked in the previous season has looked impressive in pre-season.

Wayne Rooney finally returned to his first club, Everton after ending a 13-year spell at Manchester United. In his new blue jersey, he will be expected to lead the Toffees to greater heights. The England Captain, who will be turning 32 in October, suffered ups and downs in his football career in the last two season at Old Trafford, but with the return to Goodison Park, there will be intrigue surrounding the man.

Eddie How guided Bournemouth to the highest-ever league finish in 2016/17 season as they finished in the top 10 in the Premier League for the first time in history. This season, The Cherries have managed to hold onto their key players such as Begovic, Defoe and Howe as they look to improve this season from the last year’s boost up. Building up to last year’s performance, there will be extra expectations from Howe to keep up with his form in 2017-18, with the aim of consolidating the progress they have made.

After returning to Manchester United for a world-record fee, Paul Pogba’s first season at Old Trafford was filled with mixed emotions. He failed to do justice with his price tag as he scored only 9 goals in all competitions. Now, with the ‘world’s most expensive player’ is tagged to Neymar and with the inclusion of Nemenja Matic behind him, he will have greater freedom to play his natural game, something the Red Devils will cheer about.