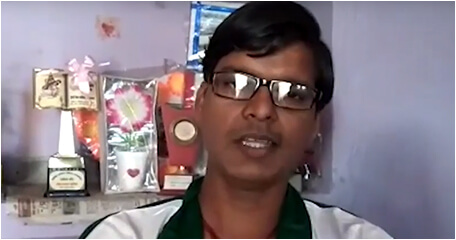 A specially-abled sportsman Jitendra 26, a resident of a remote village in Lalitpur, does not let hold himself back from achieving what he isn’t capable of despite the lack of government support. Jitendra is India’s first disabled basketball player from such a remote area.

Jitendra spend his average Sunday leaving his hometown in Uttar Pradesh to hit the court and practice wheelchair basketball and comes back home to a living room lined with trophies he has earned.
He began playing, he was selected for a national team and travelled to Delhi for his first championship, and continued on to play in other tournaments from then on

He is determined to create a name for himself in the sport, irrespective of the government’s role in providing the support required to make the path more accessible.