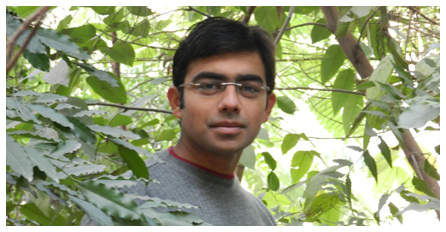 Did you know that you could convert a piece of land in your backyard into a beautiful forest within a year? Shubhendu Sharma, an Industrial Engineer, is allowing you to bring nature home.

It all started when Sharma volunteered to assist a naturalist, Akira Miyawaki, to cultivate a forest at the Toyota plant where he worked. Miyawaki’s technique has managed to regenerate forests from Thailand to the Amazon, and Sharma thought to replicate the model in India. Sharma was adamant on making his idea work and started the company without his family’s knowledge; it was only after a couple of months of operation they got to know about it and finally made peace with it. Having started on his own, Sharma now has a team of 6 that works from Bangalore. Initial troubles with finding the market and sustaining the business were solved to some extent when they received their first order from a German furniture maker to plant about 10,000 trees. Since then, A forest has served around 43 clients and planted over 54,000 trees.